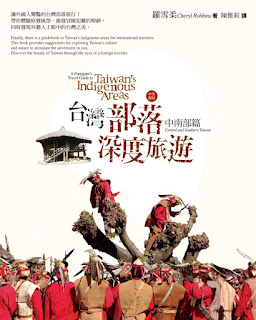 Cultural tourists will find Cheryl Robbins' new book valuable both for the background information it presents about some of the island's aboriginal communities and the practical tips it contains. A Foreigner's Guide to Taiwan's Indigenous Areas: Central and Southern Taiwan - the only English-language travel guide of its kind - is the first part of a three-volume series. Guides to the north and the east will follow next year.


Robbins – who has been done translation work for, among others, Shung Ye Museum of Formosan Aborigines – has long been fascinated by Taiwan's Austronesian population, and her passion for indigenous arts shines in every one of the book's six chapters. In addition to descriptions of over 20 aboriginal-run homestays and restaurants where you can enjoy indigenous cuisine, the book includes details of where to find artisans skilled at leather work, weaving, woodcarving and making glass-bead jewelry.

Fans of Warriors of the Rainbow: Seediq Bale may want to visit the Mona Rudao Memorial (a sight, as far as I know, not mentioned in any other printed English-language guide or even website), while those who love hiking will find very useful information about paths such as the Mihu Trail and Bird Worship Trail, both of which are in Alishan Township.

This 212-page book, which has color photos on almost every page, as well as several easy-to-understand maps, is published by Taiwan Interminds Publishing. The recommended price is NT$380, but many bookstores are selling it at a lower price. It (as well as a previous book Robbins worked on) can be ordered through this website. 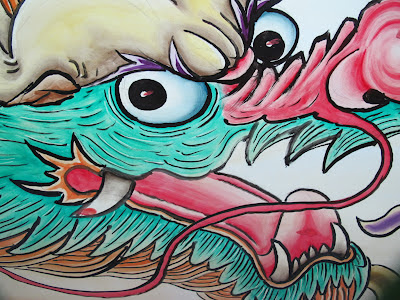 Last month I visited Donglong Temple (東隆宮) in Donggang (東港), Pingtung County. For many tourists, Donggang is best known as the gateway to Little Liuqiu, but every three years it hosts a religious event of national prominence: The ritual burning of a purpose-built wooden ship at the end of a week of rites and festivities. The 2012 edition begins on Sunday, October 14 and reaches a climax a week later when the vessel - its sails unfurled, its anchor raised, its hull filled with effigies - is set ablaze. 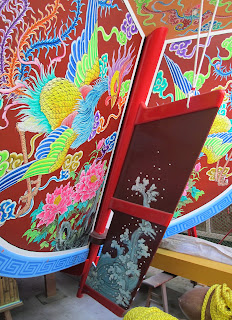 I took a look at the ship, which is 13.82m long and which was completed several months ago, but because it's stored in a rather confined warehouse, getting a photo of the whole thing was near impossible. The pictures here show (top) a dragon painted on the side and the vessel's rudder (lower left).

Labels: coast, Pingtung, religion, things that aren't in the guidebook

A detailed account of one couple's just-completed circumnavigation of Taiwan by bike can be found here. On the same blog you'll find useful information about cycling in and near Taipei.
Posted by Steven Crook... at 4:02 PM No comments: